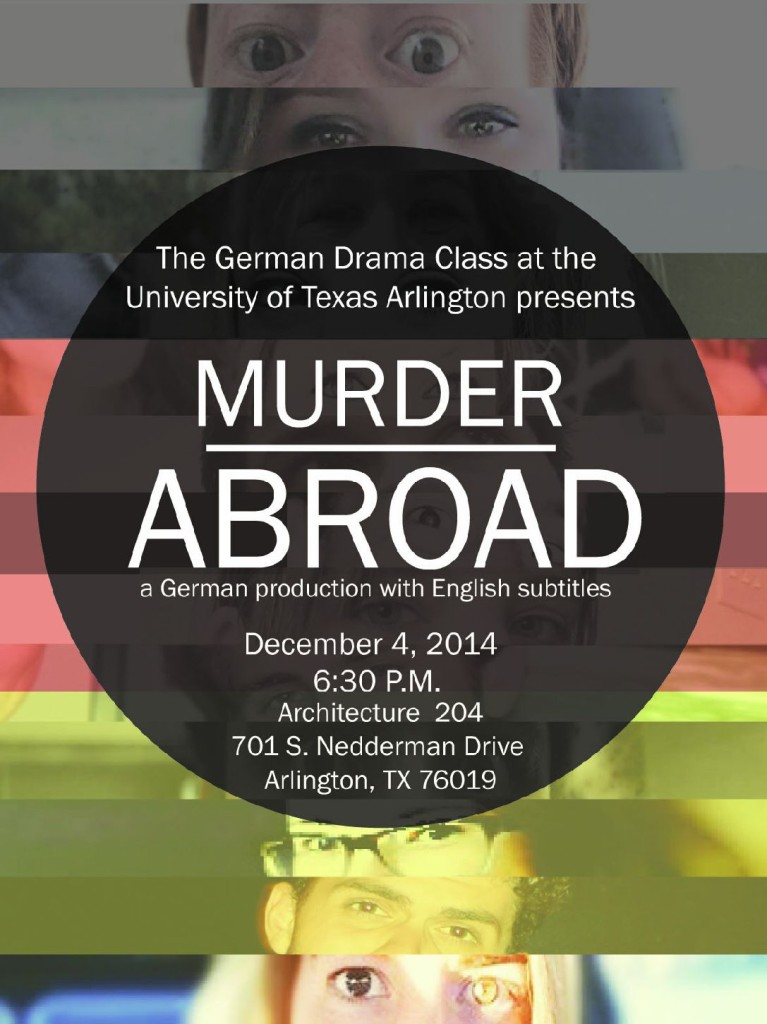 “Mord im Ausland” was inspired by true events and somewhat exaggerated by students of the German Drama class at the University of Texas at Arlington who have written, produced, and performed this murder mystery musical.

Set in 2014,  American exchange students accidentally take the wrong train and end up in “Frankfurt an der Oder” instead of “Frankfurt am Main.” Their hostel has fallen into disrepair from the days when the Berlin Wall was still standing. The night receptionist at the hostel is a hermit who believes that Germany is still divided and that the iron curtain still stands.

The students find themselves caught up in a murder investigation when the night receptionist is found dead. The police question the hostel’s guests and soon learn of the students’ often hilarious situations during their brief, but eventful, stay at the “Alte Partei Schule.”

A short clip made during early rehearsals: https://www.youtube.com/watch?v=RaIoSlF73-w&feature=youtu.be