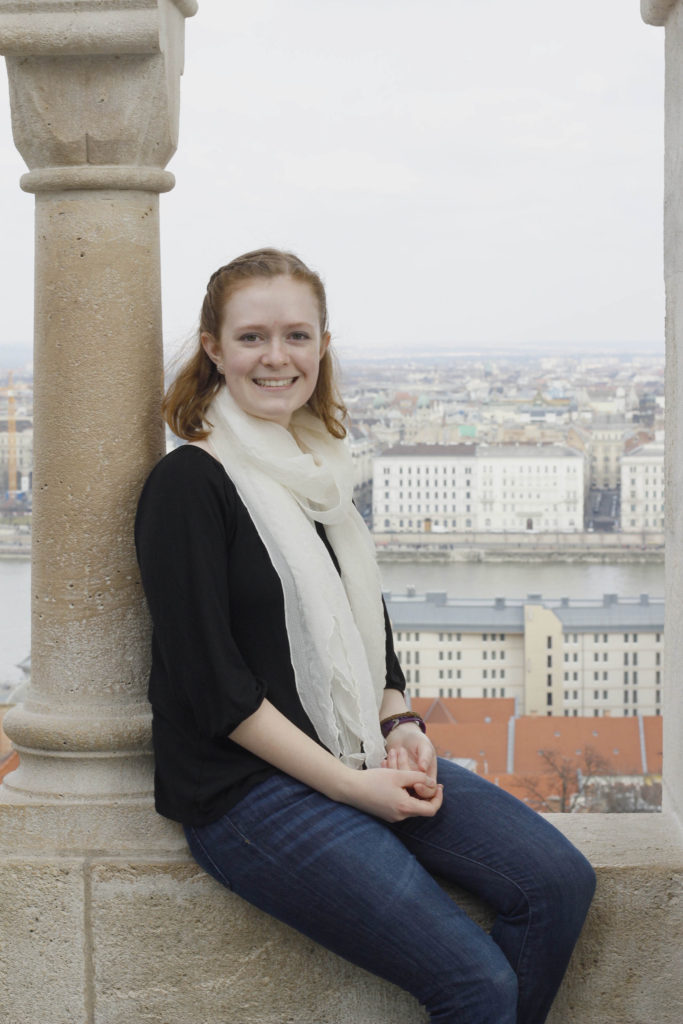 I have recently returned from my spring semester in Austria, and I would like to take this opportunity to thank the Board of Directors of Delta Phi Alpha for awarding me the scholarship and making this incredible semester abroad possible. With your support, I was able to have some truly unforgettable experiences.
On my first day in Graz, Desmond, the local student assigned to help me acclimate,
volunteered to take me on a tour of the city. I was eager to practice my German skills, and immediately requested that we speak exclusively in German. Desmond agreed, and after a few hours together I was extremely proud of my ability to understand everything that he was saying.
That is, I was proud until he smiled and told me that he had been speaking Hochdeutsch the entire time: when he switched into casual, true Austrian German, I couldn’t understand a word he said!
At Karl-Franzens-Universität Graz, I was incredibly fortunate to be accepted into a
graduate-level space law class. I was especially interested in this class because the subject material correlates so well with my astrophysics major, but nothing like it is offered at my home university. The course was taught by a series of visiting professors who are all experts in the rapidly developing field of international space law. As a part of the course, I had the unbelievable opportunity to serve as a student delegate to the United Nations Legal Subcommittee meeting on space law. Actually being a part of an official proceeding at the UN was something I could not
have anticipated and will never forget.
One of my primary goals for this semester abroad was to improve my German fluency. At the end of the semester, as part of my space law class, I prepared and presented a scientific poster on the current research on gravitational waves at an official space symposium in Graz. Despite not having a complete vocabulary of scientific and technical terms, I was fully comfortable working around them to answer questions in German as well as English. I also served as a live translator during the symposium presentations, translating the German content into English. This was a stressful yet rewarding way to thank my professors for allowing me to take the graduate level space law class despite not being either a law or graduate student.
Over the course of the semester, I was able to take advantage of Europe’s wonderfully developed rail network to visit Vienna, Budapest, and several other cities. In Vienna, I toured the Mozarthaus where Wolfgang A. Mozart lived and composed in the 1780s, and later was able to
view several of his original manuscripts and musical diaries. Back in my “hometown” of Graz, I was also invited to join a choir and perform Carl Orff’s famous Carmina Burana in concert for nearly 500 people in a beautiful performance hall built in the 17th century. 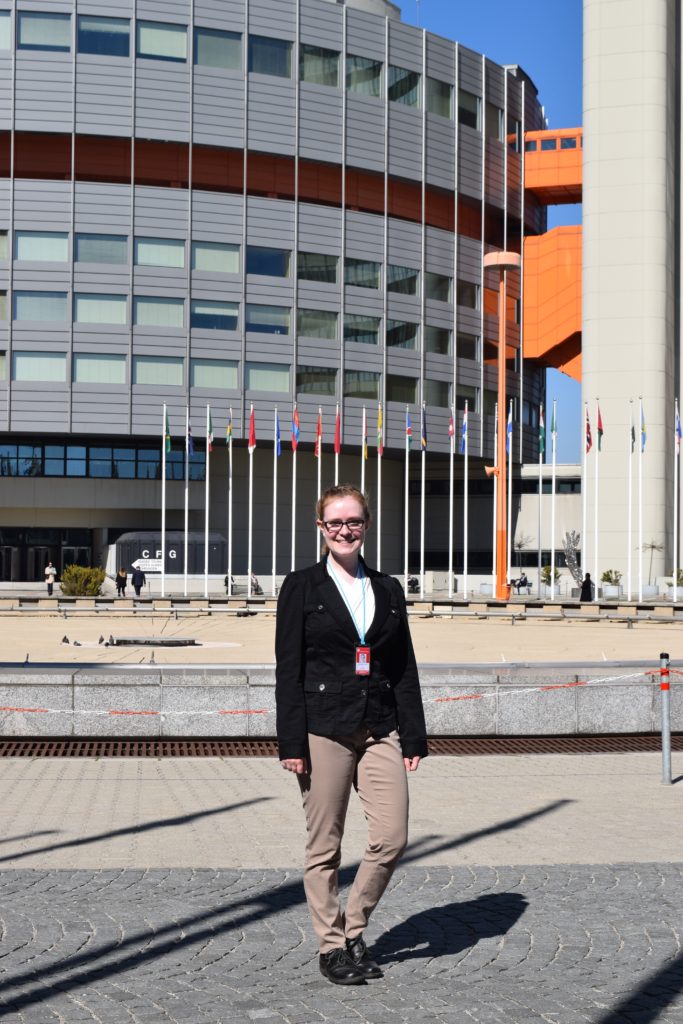 As the semester drew to a close, I found that I had switched from being unable to understand Desmond’s thick Austrian accent to conversing easily with native Austrians. Since the Austrian dialect isn’t taught in the US, I am so thankful for the opportunity to study in Graz.
Although I still have lots of work to do to develop a specialized vocabulary, I am proud of my fluency and comfort with the German language. As a wonderful compliment, I had several professors and many students mistake me for a native German rather than an American exchange student.
Once again, thank you so much for supporting me during my semester in Austria. The experiences I was able to have due to your generosity improved my German fluency, taught me the Austrian dialect, advanced my astrophysics knowledge base, and provided me with a lifetime of memories and a better understanding of the world.