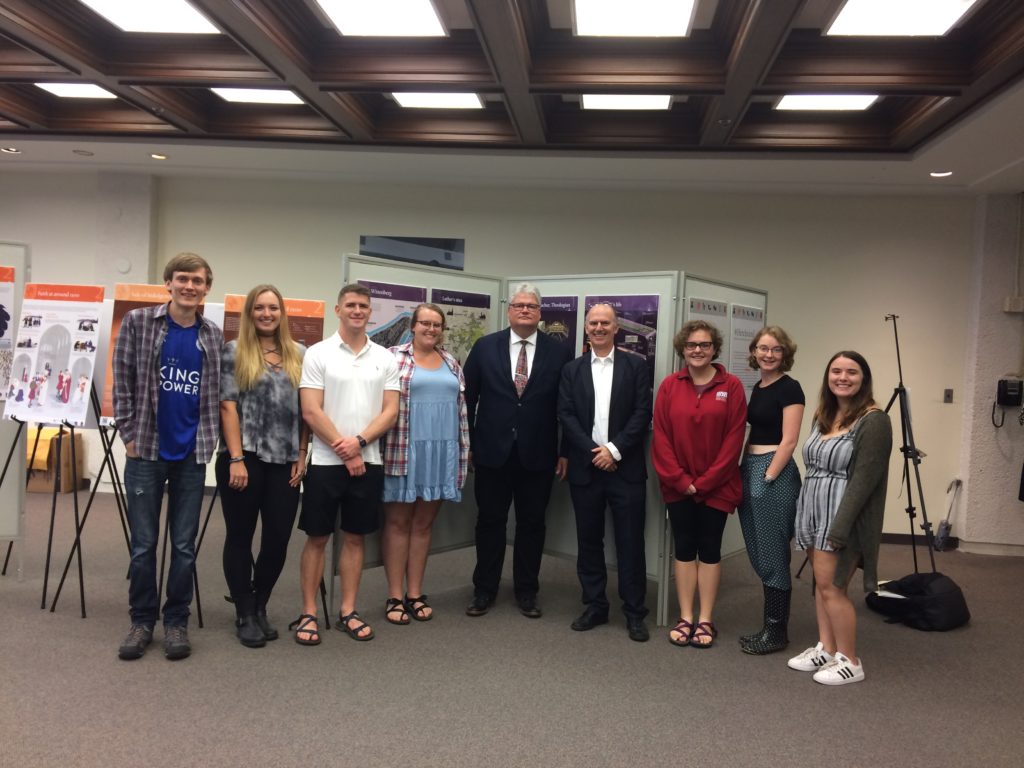 for Systematic Theology and Social Ethics at the Friedrich-Schiller-Universität, Jena to help commemorate the 500th anniversary of the start of the Protestant Reformation.

Professor Haspel, who was also sponsored by the German Consulate in Houston, visited a junior/senior seminar on “Das Kriegserlebnis” (GERM 4800/6800) to discuss the role of Luther in the Peasant Wars in sixteenth-century Germany.

He then helped inaugurate two exhibits at the Tulane University Howard-Tilton Library that provided background information about Luther and the Reformation.  Students from the German program organized one of these exhibits in Special Collections that showcased rare books that relate to Luther and his legacy. They ranged from a Latin Bible published in Nürnberg in 1480 to a German Bible published in New Orleans in 1883 for the large German-speaking Lutheran population of the city.

Following the opening of the exhibits, Prof. Haspel gave a thought-provoking lecture titled

that explored how Martin Luther King, Jr. used insights of Martin Luther and the Reformation for his motivation in his struggle for freedom, justice, and equality.

The audience included German majors and minors, honors students, students in the Tulane German Club, members of the Tulane community, as well as of the general public. Overall it was a very successful “Luther day,” and we are grateful to the National German Honor Society for helping us to commemorate this important event.